When my wife and I first started brewing beer about 15 years ago we worked with homebrew kits containing a few simple ingredients.  These ingredients included a couple cans of malt extract syrup and some hops.  From these kits we made a couple of decent drinkable beers including a red ale and an IPA.  We then moved on to “advanced” kits that involved a step of steeping some grain during the boil.

One of our biggest homebrew issues during this period was waiting for the wort to cool.  We were using a twelve quart stock pot and the kits had us only brewing about two and a half gallons of wort to make five gallons of beer.  At the end of boil, we would take our brew pot and put it into a sink full of ice and cold water.  We would then drain the hot water from the sink a few times and add more ice and cold water as needed to get the pot (and wort) to cool down — this could take an hour or two.

Once the wort got below 100 degrees (Fahrenheit), we would put it in a brew bucket and mix in enough water bring the contents up to five gallons.  This would crash the temp down to under 75 degrees so we could pitch yeast.  We brewed a few batches this way and it just took forever to get the beer settled into primary fermentation.

After we had been brewing for about a year, a friend gave us a wort chiller for Christmas.  I was familiar with the concept of a wort chiller, but did not appreciate how much of a difference they make.  Also, the first time we went to use it, I discovered that we had the wrong type of faucet in our kitchen sink and had to find an adapters so that we could use the wort chiller.

We got that sorted out and then made beer.  It turned out that both the concept of wort chiller and its operation are pretty simple.  You push cold water from a faucet to a drain via copper tubing that is coiled up and sitting in your wort.  The cold waters draws heat out of the wort and sends it down the drain.  The part of this process that I was missing was how quickly it works.  The wort chiller cooled down our wort from a boil to under 100 degrees in minutes.

Such a simple thing, but it made all the difference in the world with our brewing process. 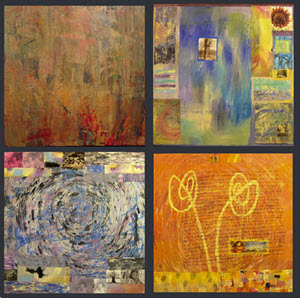